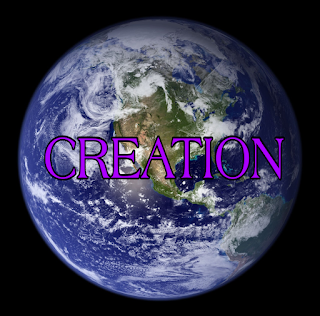 The bible book of Genesis presents itself as an account of the creation of the cosmos and all living things. In fact, the name Genesis means "origin", or "creation". Millions of people throughout centuries have taken the creationist account of Genesis as a historical fact. Even in our modern times, millions of people still do. That the first book of the bible, Genesis, has shaped the beliefs and identity of countless men and women is an understatement. But, the book of Genesis is not just a harmless story of creation, as many would have us believe. Hidden within its first few pages is a perverse message that has corrupted and distorted the view that many men have towards women.
What am I referring to? Notice what Genesis chapter 2, verse 18 has to say about the creation of the first woman. It states: "The Lord God said, "It is not good for the man to be alone, I will make a helper suitable for him."" The implications from this seemingly innocent bible verse runs deep. In this creation story, God did not create the woman just for the sake of creating an independent, autonomous, equal human being. God, according to this bible verse, had a specific purpose in mind: God saw that Adam was lonely, so He decided to create the woman to alleviate Adam's loneliness. She was created with a single purpose: to fulfill Adam's emotional needs and be his helper. In short, she was just an object, an object to appease the needs of Adam and serve him.
For ages, men have viewed women as nothing more than mere objects, servants, maids, "helpers" around the house, with a status not more than that of a slave. This misogynistic and sexist way of thinking permeated the writers of the bible. Perhaps there can be no better example of this than the bible writer Paul, who, echoing the sentiment of Genesis 2:18, wrote in First Corinthians chapter 11 verse 9: "...neither was man created for woman, but the woman for man". Far from being a "holy" book, the genesis account of the creation of women is a perverse, vile, sexist, and immoral story. The last place this story needs to be is in a school or preached from a pulpit.
-Miguel Gonzalez
For similar articles:
https://www.thebiblecritic.com/2020/08/and-worst-verse-in-bible-is.html?m=1