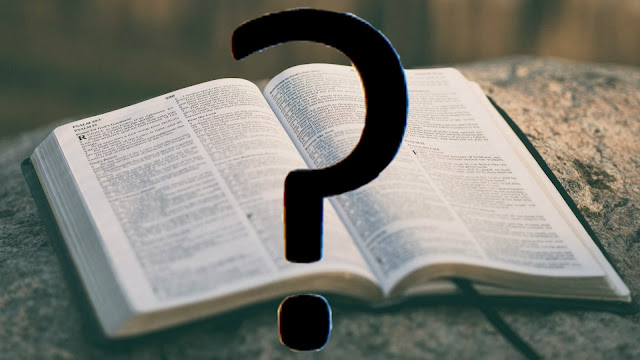 Throughout the bible one can find many passages that are immoral, some more than others. But one of them really takes the cake. And if there was one bible story that could single-handedly dismantle the notion that the bible is a holy book, it would be this one. Even though some Christian apologists have tried to rationalize it, it really is just a desperate attempt to hide what truly is a despicable bible passage.

Before I reveal to you what the worst verse in the bible is, I'm going to give you a little bit of background information on it. Genesis chapter 19 describes how a man named Lot saw two men in the city square. Assuming they were travelers, he told the men to stay at his house, since nightfall was approaching. After some hesitation and a little back and forth, they agreed. Some time later, after the men had dinner and were preparing to go to bed, a mob shows up at Lot's doorstop. They called out to Lot, demanding him to bring out the two men so that they could rape them.

After arguing with the them for a bit, Lot comes up with a solution to appease this angry mob. Genesis chapter 19 verse 8 (which wins the award as the worst verse in the bible) reads like this: "Look, I have two daughters," says Lot, "who have never slept with a man. Let me bring them out to you, and you can do what you like with them. But don't do anything to these men, for they have come under the protection of my roof."

So there you have it: Lot, eager to protect those two strangers, offers up his virgin daughters to the mob, so that they 'can do what they like with them'. For some unknown reason, Lot is so preoccupied with protecting the two men that he'd rather the mob gang-rape his daughters. This verse wouldn't be so bad if afterwards Lot's actions were condemned by the writer of that bible passage. Instead, his actions were lauded. Even God, according to the story, decides to reward Lot by saving his life and destroying that city. Several centuries later, another bible writer calls Lot "a righteous man" (Peter 2:7).

Though it may be hard for many to comprehend why such a story would appear in the bible, and why the "protagonist" of the story, Lot, is referred to as a righteous man, it really is not that difficult to understand. All we need to do is just realize that the bible was not inspired by a holy God, and therefore is not a holy book . Instead, it was written during patriarchal times by misogynistic men who placed little value on the lives of women.

I have spoken to many people who say they are Christians, and most of them had no idea that the bible speaks highly of a man who encouraged a mob to rape his daughters. And its no wonder that they don't know, since most preachers always seem to skip this part of the bible when reading it from their pulpits. And its all for the better that they skip it. In fact, its all for the better that we also skip this bible story. Come to think of it, it would be better for everyone if we all skipped reading the bible entirely.