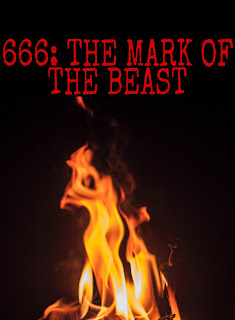 666: The Mark of The Beast. What comes to mind when you read that? Do you think of the AntiChrist? The Devil? Maybe a good horror movie comes to mind. For some people, that number inspires real terror. Whatever it is, one thing is certain: perhaps nothing else in the bible has caused more intrigue than the number 666.

Throughout the ages, there has been much speculation about the meaning of the number 666, and who or what exactly is the beast. Many think it refers to the AntiChrist. Others believe it's the mark of the devil. Well, I'm here to tell you that it's neither. Actually, what it refers to is something that most of us participate in. An entity that the majority of us would agree is absolutely necessary. Before I tell you what it is, let's take a look at these controversial bible passages.

The New International Bible, in Revelation chapter 13 verses 1 and 2, read like this: "...and I saw a beast coming out of the sea. It had ten horns and seven heads, with ten crowns on its horns...". Verses 16, 17, and part of 18 states: "It also forced all people, great and small, rich and poor, free and slave, to receive a mark on their right hands or on their foreheads, so that they could not buy or sell unless they had the mark, which is the name of the beast or the number of its name...that number is 666." 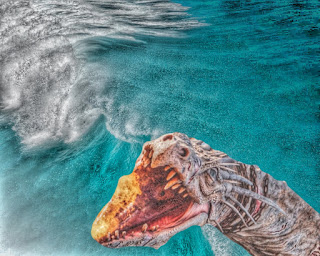 Now I'm going to disappoint a few readers by putting a disclaimer: It is impossible to know exactly what the number 666 represents. Why? Because the author never explains it. Nor is it referenced to in any other part of the bible. And, since the author is long gone, we can't ask him. All we know is that it is a mark, and whoever bears this mark has some sort of allegiance to the beast. The good news is that we have a pretty good idea of what the beast represents. We get a couple of clues in verses 1 and 2. They mention that the beast has ten crowns on its horns and is given a throne. So, what comes to mind when you think of crowns and thrones? Well, they usually refer to a government or kingdom. Let's take a look at another piece of information in another book of the bible that will give us more clarity as to the identity of the beast.

Revelation chapter 13 shares a lot of similarities to Daniel chapter 7. So lets take a look at it. Daniel chapter 7 verse 1 says that Daniel was sleeping and started receiving visions from God. Verses 3 and 4 says: "...in my vision at night I looked, and there before me were the four winds of heaven churning up the great sea. Four great beasts, each different from the others, came up out of sea." The following verses describe the four beasts. The first is a lion with wings of an eagle. The second a bear. Third, a leopard with four wings and four heads. The fourth beast has iron teeth and ten horns.

Unlike Revelation, in Daniel's dream God tells him what these beasts represent. Verses 16 and 17 read like this: "...So he told me and gave me the interpretation of these things: 'The four great beasts are four kings that will rise from the earth'". Indeed, around the time this book was written and thereafter, several powerful kingdoms did rise up that would in some way or another affect Israel, home of the author of Daniel. More than likely these four kingdoms were Babylon, Medo-Persia, Greece and Rome.

As we can see, in the bible it is common for beasts to represent governments. And since the book of Revelation was written during the roman empire, the beast referred to in Revelation chapter 13 has to be the roman empire. And what about the number 666, the mark of the beast? 666 is the name the beast was given, and whoever is "marked" with that number has allegiance to the beast. Also, without the number 666 branded on them, they cannot buy or sell anything. That is all the author tells us. It is possible that the mark may refer to roman currency, which had the name of the roman emperor branded on it. But, there is no way to know for sure.
So, as you can see, the number 666 is nothing to be terrified about. It is the name of a beast, and the beast represents a government. It is not the AntiChrist, or the mark of the devil. This was just some person ranting about the current political system of his day, and mocking whoever had an allegiance to that political system. So if your phone number begins with 666, there's no reason to change it. And if your dream house has 666 in its address, there isn't a reason not to buy it. Believe it or not, real people have gone to those lengths just to avoid the number.
But, maybe, all you really want is to believe that the number 666 is somehow evil, so that you can enjoy a good movie about it. I don't want to spoil your fun. So, by all means, keep believing that 666 is evil. Sometimes the truth is more boring than our imaginations.
-Miguel Gonzalez
Reference: https://en.wikipedia.org/wiki/Number_of_the_beast