CORONAVIRUS: THE END OF THE WORLD? 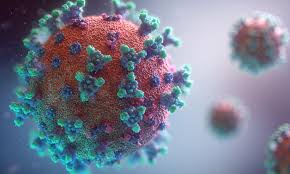 "It's the end of the world as we know it". "God is about to bring about the Apocalypse". "The coronavirus is proof that we are living in the end times". This is what many religious people and conspiracy theorists are saying about the current covid-19 pandemic. They see it as the fulfilment of bible prophecy unfolding before our eyes, proof that God will soon destroy unfaithful humanity. These statements have plenty of people worried and scared.

Does the bible really predict that plagues would point to the end of the world? Actually, it does. Revelation chapter 6 takes place during the "end times" of the world, and it speaks of Jesus unleashing four horsemen upon the Earth, one of them with the power to kill people by sword, famine, plague, and wild beasts. Verse 17 then goes on to say that shortly after those events, the "great day" of Jesus will come, in other words...the Apocalypse.

If this was true, and virulent epidemics would be followed immediately by the end of the world, then the Apocalypse should have came many times by now. Throughout the course of history, plagues and epidemics have ravaged humanity, and many of them much worse than the coronavirus. For example, just to name a few:

- In 430 B.C., a pandemic wiped out two thirds of the population in Athens.

- The Antonine Plague is estimated to have killed 5 million people when it hit the Roman empire from 165 to 180 A.D..

- The Black Death, from 1346 to 1353, claimed the lives of roughly half the population of Europe at that time.

During those times, people also thought that the plagues they lived through signified the end of the world. But the end didn't come, and we are still standing here today. The bible claims that it is a book of prophecies that can accurately foretell the future, when in fact all it does is state that naturally occurring phenomenon, like infectious diseases, will happen in the future. This is no prophecy at all, any educated and reasonable person can predict that there will be epidemics in the future. Would you believe that a fortune teller has the power to prophesy if he/she said that in the future there will be powerful hurricanes? Probably not, because these are common events. By the same token, we also cannot believe that the bible predicts the future when it simply states that plagues will occur in the future.

So, rather than be duped by fear-mongers and false prophecies, we should focus on the life that we have right now, and follow all procedures in order to get this pandemic under control. Rather than listening to bible "prophecies" that were written by men who obsessed and fantasized over the mass annihilation of people who didn't agree with their beliefs, let us listen to the scientific experts who have spent their entire lives preparing for a pandemic like this and who want to save our planet and its inhabitants. And if you believe in God, then believe in a God that doesn't crave to bring about an Apocalypse that would annihilate most of the people on Earth. A loving God would never do such a thing.