MOTHERHOOD AND WOMEN: THEIR BODY, THEIR CHOICE (BUT NOT ACCORDING TO THE BIBLE) 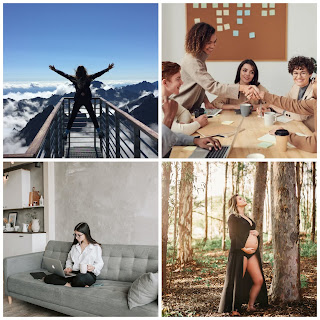 - "Hey, do you plan on having children?", asks Jan's co-worker.
- "No, I don't intend to", she replies.
- "Why not? Don't you like kids?"
You'd be surprised how often this scenario plays out for women all across the world. Society expects women to have children, and oftentimes shames them when they don't. Women who choose not to have children are often met with judgement and accusations. In many cultures, women who can't have children are considered of little or no value. Many women who don't want to be mothers get pregnant anyway, as if their self-worth depended on their ability to procreate.
Even though the number of child-less women continues to grow, they still are stigmatized. They still are met with prying and invasive questions...even from well-intentioned people. They face allegations of selfishness and pressure from parents. "Aren't you going to give me a grandchild?" is a common question. Do a google search for "baby dolls for girls", and you'll see how young girls are being prepped to be mothers even from an early age. 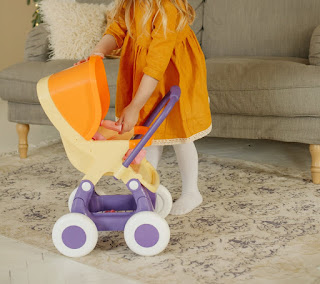 Actually, motherhood has been drilled into women's heads for centuries. And, since my job is to expose the bible's worst teachings, let us examine motherhood in the context of the bible.

EVE- NOT HER BODY, NOT HER CHOICE

The bible is a primary culprit in perpetuating the notion that a women's role is to have children. Why do I say this? Let's take a look at the first book of the bible.
Genesis chapter 3 verse 20 says "Adam named his wife Eve, because she would become the mother of all living". The moral course of action in this story was to have ASKED Eve is she wanted to be a mother. To give her a choice. No such consideration was given to her. Such was the expectation that she was to bear children that she was given a name to reflect that. Can you imagine that? Her whole identity, her name, her purpose, her worth, all hinged on her being a mother.
Some people may object and say that Eve had to have children for humanity to exist. But, according to the bible, God is a being who gives free will and can create living creatures on a whim. Building on that supposition, God could've created multiple men and women, and eventually one of them would have made the choice to bear children. An easy solution- one that respects a woman's right to control her own body.
Motherhood was forced on Eve...her body wasn't hers, and her choice wasn't either. At least according to this bible story. Whether this story is true or false is not the point. This story just serves to prove the poisonous mindset people had at the time, a mindset that many still adhere to till this day: a woman's role is to have children.

THE DECISION TO NOT HAVE CHILDREN

Many women, to quote Henry David Thoreau, "do not keep pace with his (her) companions...because he (she) hears a different drummer". Therefore, they don't feel the desire to have children. Their reasons for avoiding motherhood can be one, two, or many- none of which is our business. Sounds harsh, but it's true. It's their right and their right alone. And they certainly don't owe us an explanation. But, for the sake of argument, it always helps to list a few of the reasons why women choose not to have children.
- The impact on their body. Pregnancy changes a woman's body. And, it's also dangerous. Although its gotten a lot safer, hundreds of thousands of women still die during childbirth every year.
- Career. Many women enjoy what they do and would like the flexibility to excel in their careers.
- Freedom. It's no secret that raising a child is time consuming, and many sacrifices must be made by the parents. No shortage of women have said that it is a 24 hour job. Some women would rather have the freedom to pursue their own interests.
- Finances. Raising a child is VERY expensive. I need not say more.
- They just don't want to. And that's okay, too.
Let's celebrate and encourage a women's right to decide what she'll do with her own body. Be happy for the women who choose motherhood, and be happy for those who don't. We should all view motherhood as a choice, not as an inevitable course of action, or part of a woman's gender role. And the decision to not have children, as an equally acceptable choice.
-Miguel Gonzalez
See also:
https://www.thebiblecritic.com/2020/08/god-performs-first-arranged-marriage.html
https://www.thebiblecritic.com/2020/08/and-worst-verse-in-bible-is.html